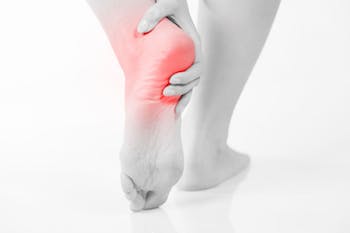 The ankle joint is also known as the talocrural joint. It is formed by:

The ends of each of the bones are covered by articular cartilage. The space in the joint is lined with a thin membrane called the synovium. The synovium cushions the joint and secretes a lubricating fluid (synovia), which reduces bone friction and help with fluid movement.

These bones are held together by a set of three strong bands of connective tissue, called ligaments:

A number of tendons attach the lower leg muscles to the foot and ankle bones.

Parts of the Foot

The foot has 28 bones and is traditionally divided into three regions:

Our physical therapists (PTs) are experts in the art and science of the evaluation and treatment of human movement dysfunctions. We care for people of all ages and treat a variety of muscle, joint and neurological conditions.